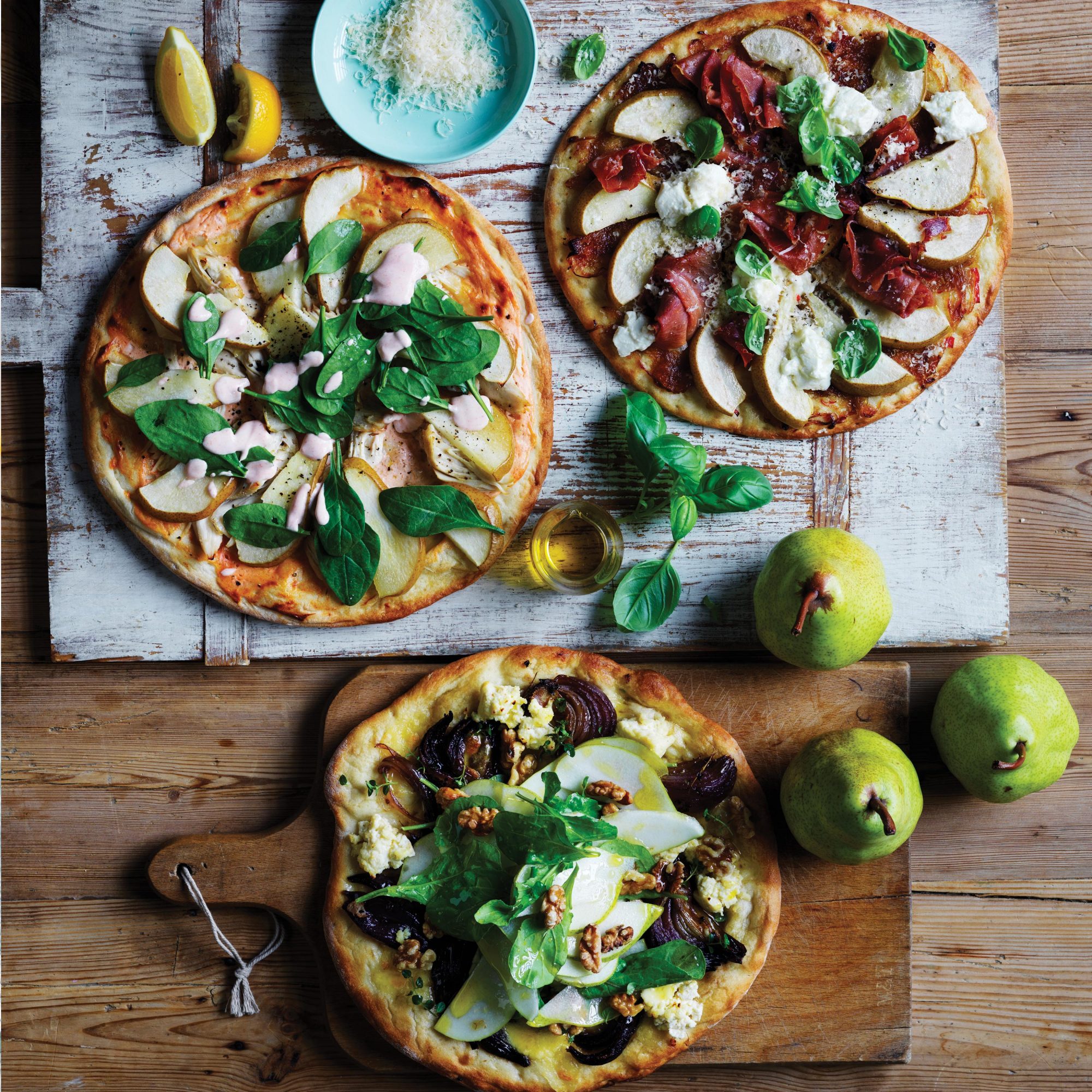 For the pizza dough, combine the water, yeast and sugar in a jug, stir to combine. Sift flour into a large bowl. Add salt, yeast mixture and oil. Mix to form a soft dough. Turn onto a lightly floured surface, knead for 8-10 minutes or until elastic (alternately knead with dough hooker in an electric mixer). Cut the dough into four. Shape into even rounds.

Preheat oven 220°C fan forced. Lightly grease two large baking trays. Roll each piece of dough out to 18cm round. Place onto trays. Brush lightly with oil, cover with wrap and tea towel and set aside 15 minutes in a warm place to rise.